The Analyze Sentiment operation analyzes the sentiment of input text through deep learning or sentiment lexicons.

The Deep learning-based sentiment analysis method uses a character-level Recurrent Neural Network (RNN), which takes sequences of letters and words into account while predicting sentiment scores. RNNs are very powerful at understanding the effects of adjectives and intensifiers on the sentiment score, and less vulnerable to typos in the text. The model is trained to understand the English text.

Sentiment lexicon-based sentiment analysis uses lexicons with polarity values for approximately 100,000 frequently used words for each language. The Sentence-level sentiment score is defined as the average polarity of all non-neutral words in a sentence. While not as powerful as deep learning-based sentiment analysis, it is available for 115 languages, runs fast, and is usually sufficient for measuring sentiment on an aggregated level and for identifying strongly positive and negative pieces of text.

Select the field with the text that you want to analyze sentiment in and click the "Add operation" button at the top of the workspace. 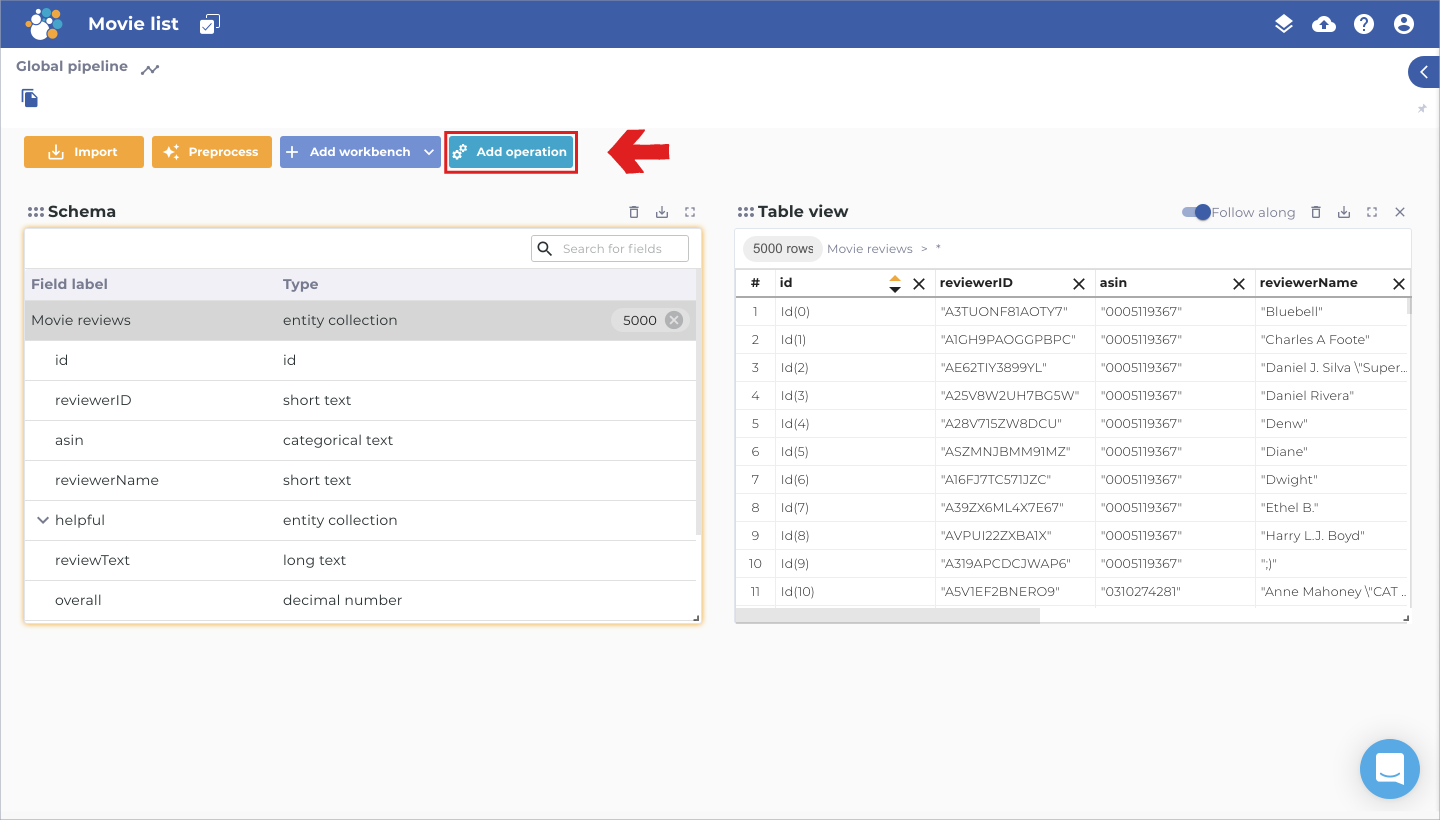 Search for "Analyze sentiment" or find the operation under "Text enrichment" and click it. 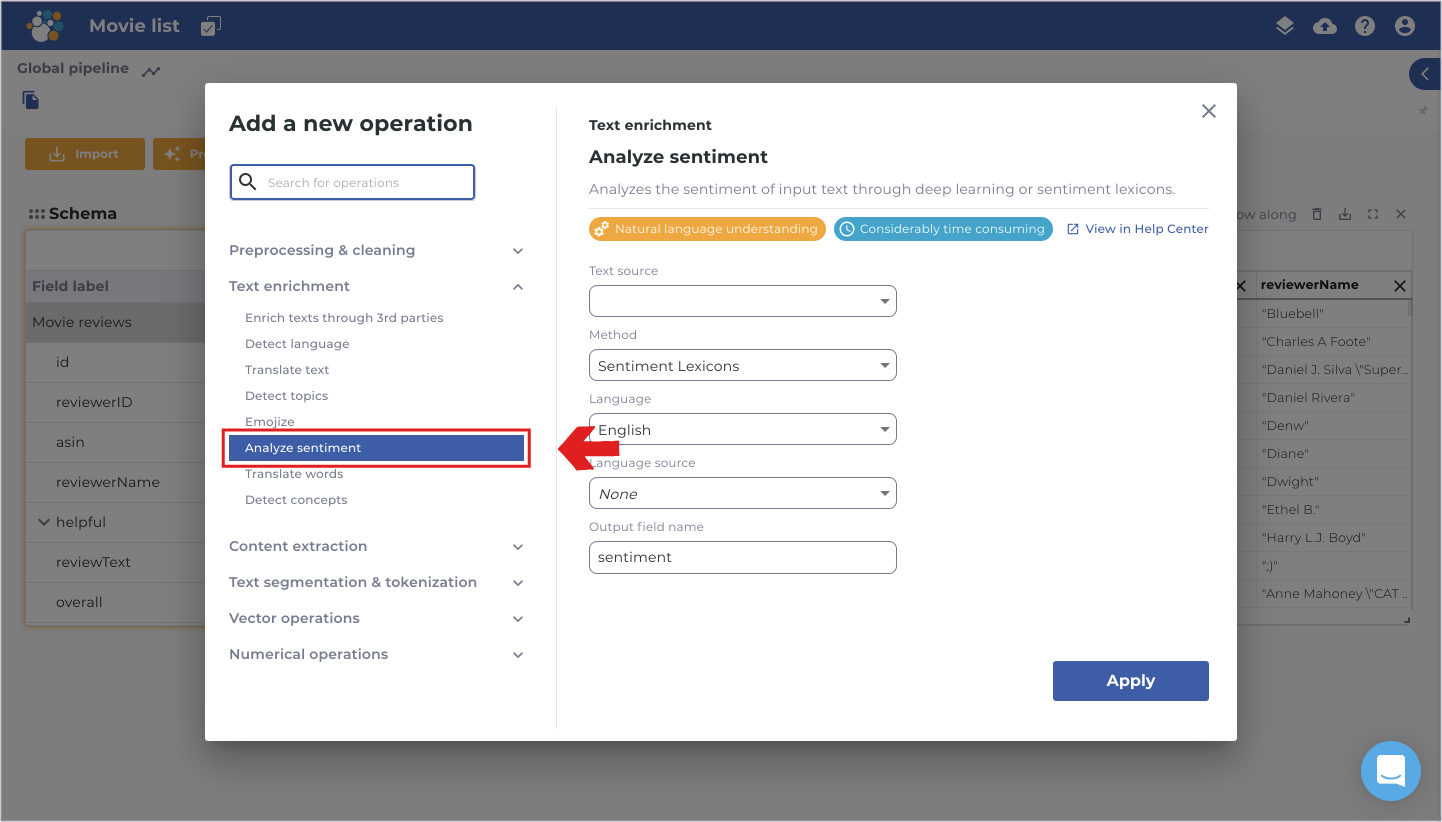 Two options are available: "Deep learning" and "Sentiment lexicons". See the description of each method above.

Under "Output field name", type the name of the output field. 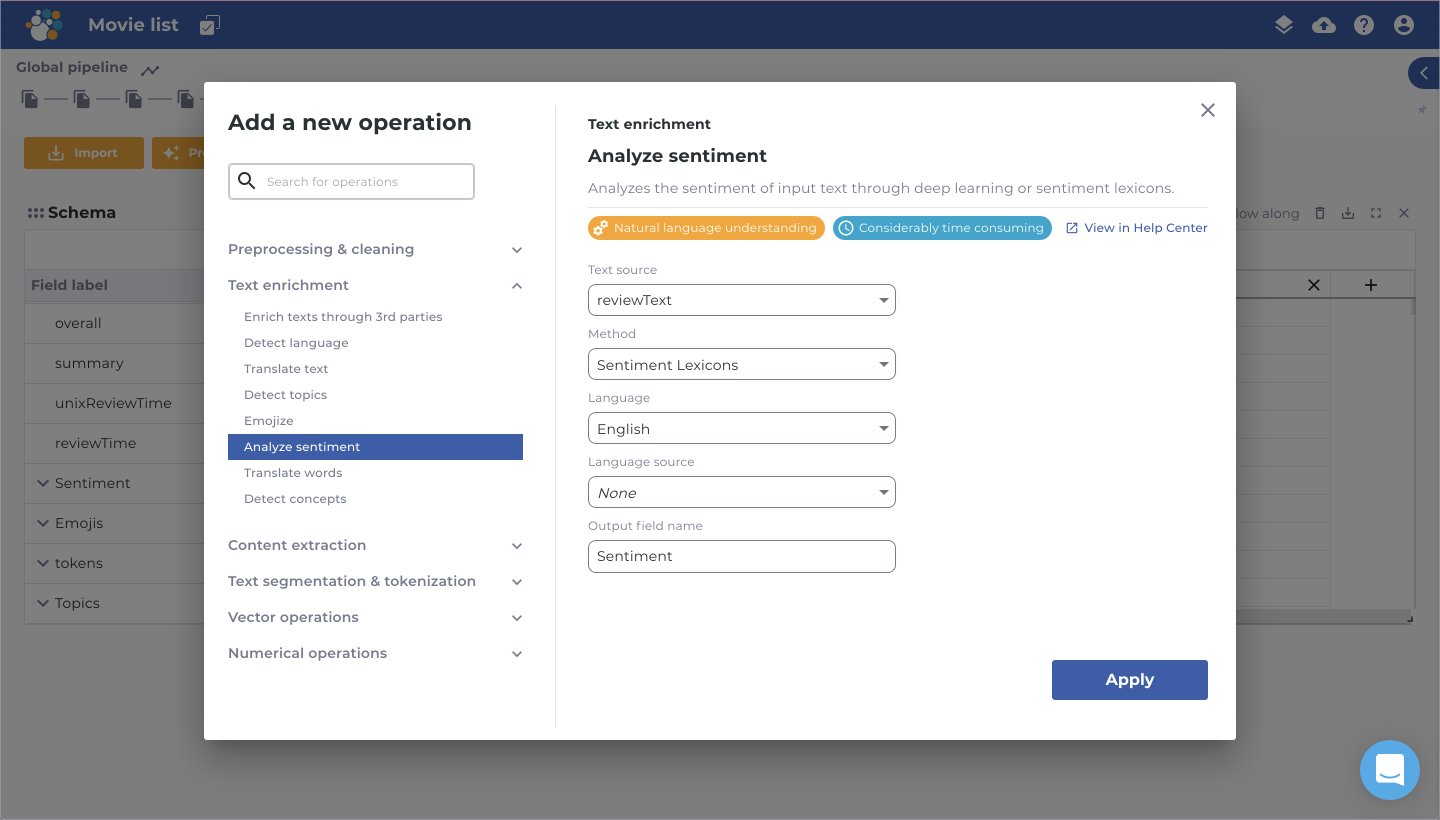 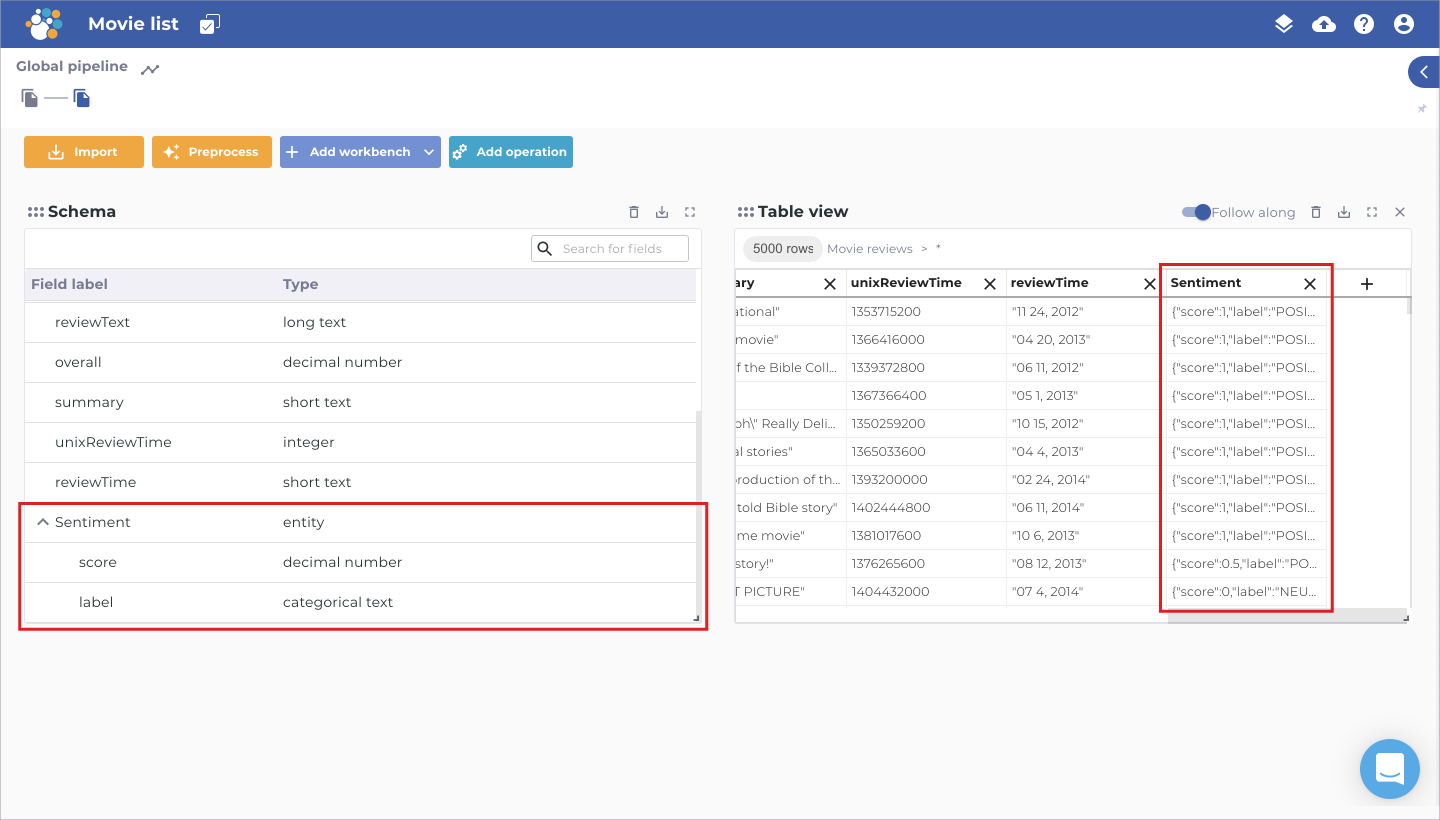