The Tokenize & Tag operation splits text into meaningful units in the form of words, phrases, and named entities, tagged by part-of-speech.

Splitting text into smaller units such as words and phrases, called tokens, is useful for analyzing the content of the text. This is the task of the Tokenize & Tag operation.

The operation offers various preprocessing options for reducing noise: cleaning of punctuations, emojis, stop words, and short tokens, as well as lowercasing and lemmatization of the tokens (whereby inflection forms of a token are converted to its base form). It also includes options for detecting and tagging by parts-of-speech, named entities, and phrases.

Before running the operation, consider cleaning and preprocessing your text data by using the Preprocessing Wizard. Removing long texts will speed up tokenization. Noise in the data can be reduced by cleaning URLs, @ tags, and other elements from the texts, as well as removing texts that are not in the desired language(s).

Select the text field you want to tokenize in the Schema View. 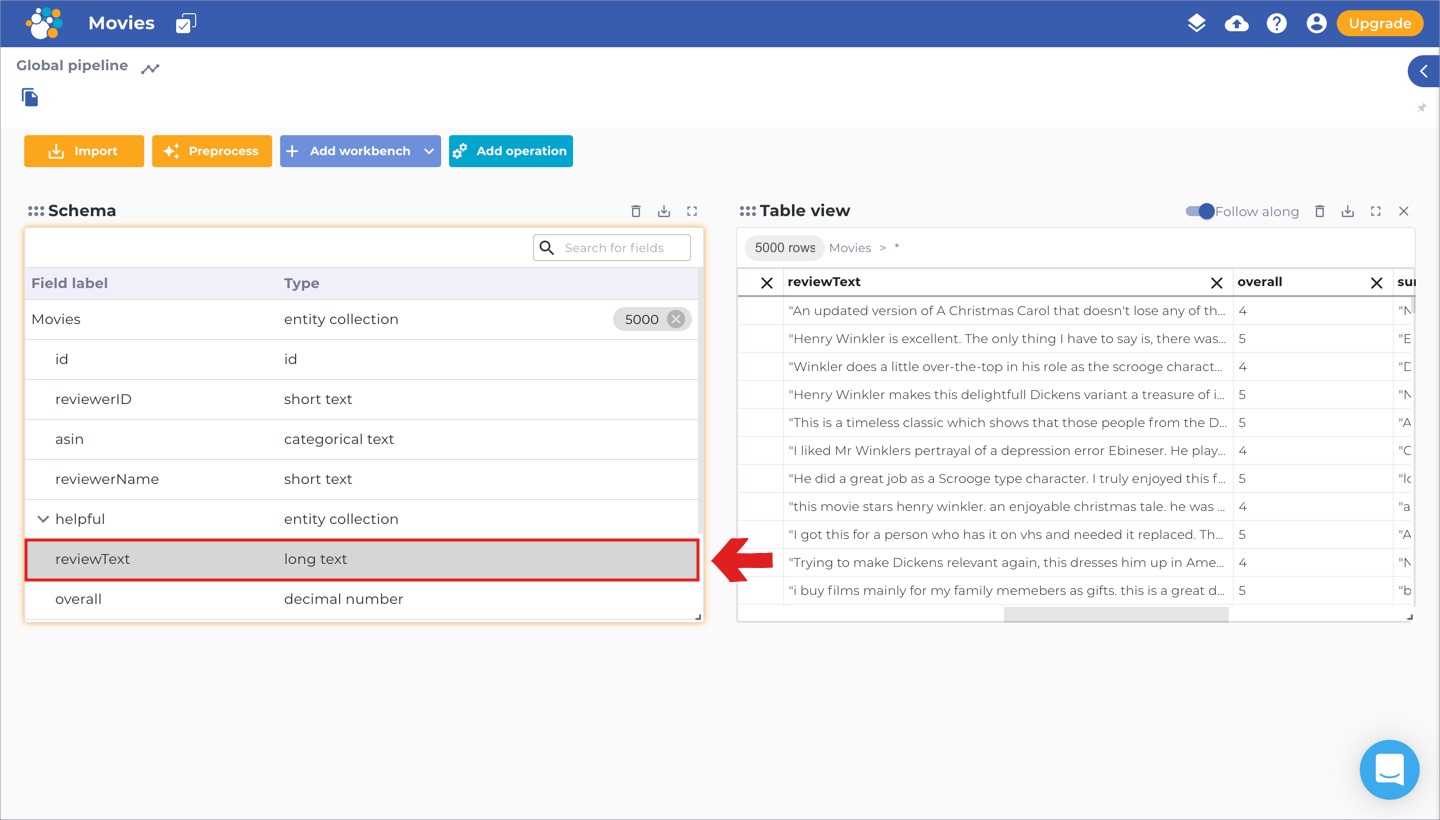 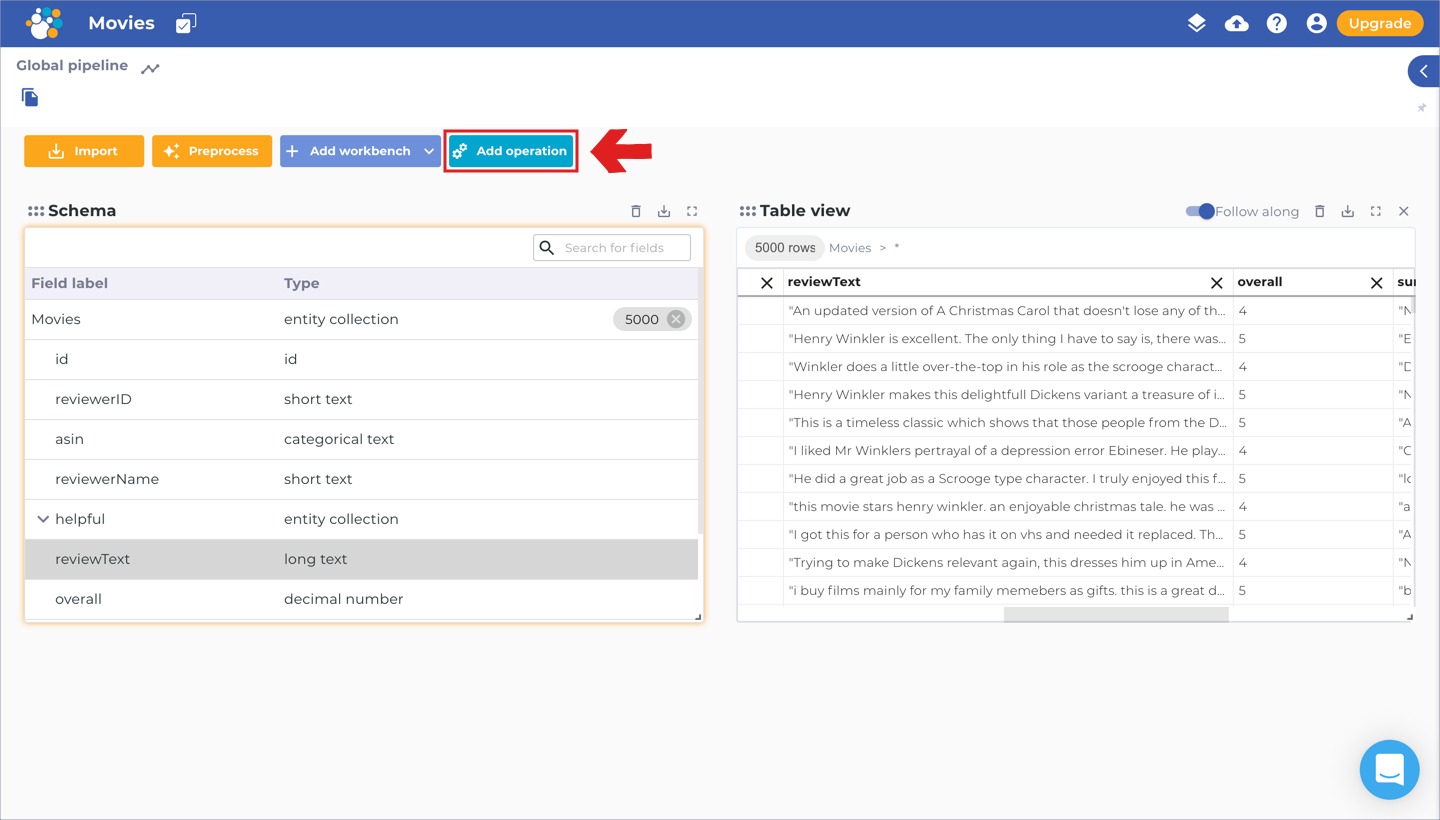 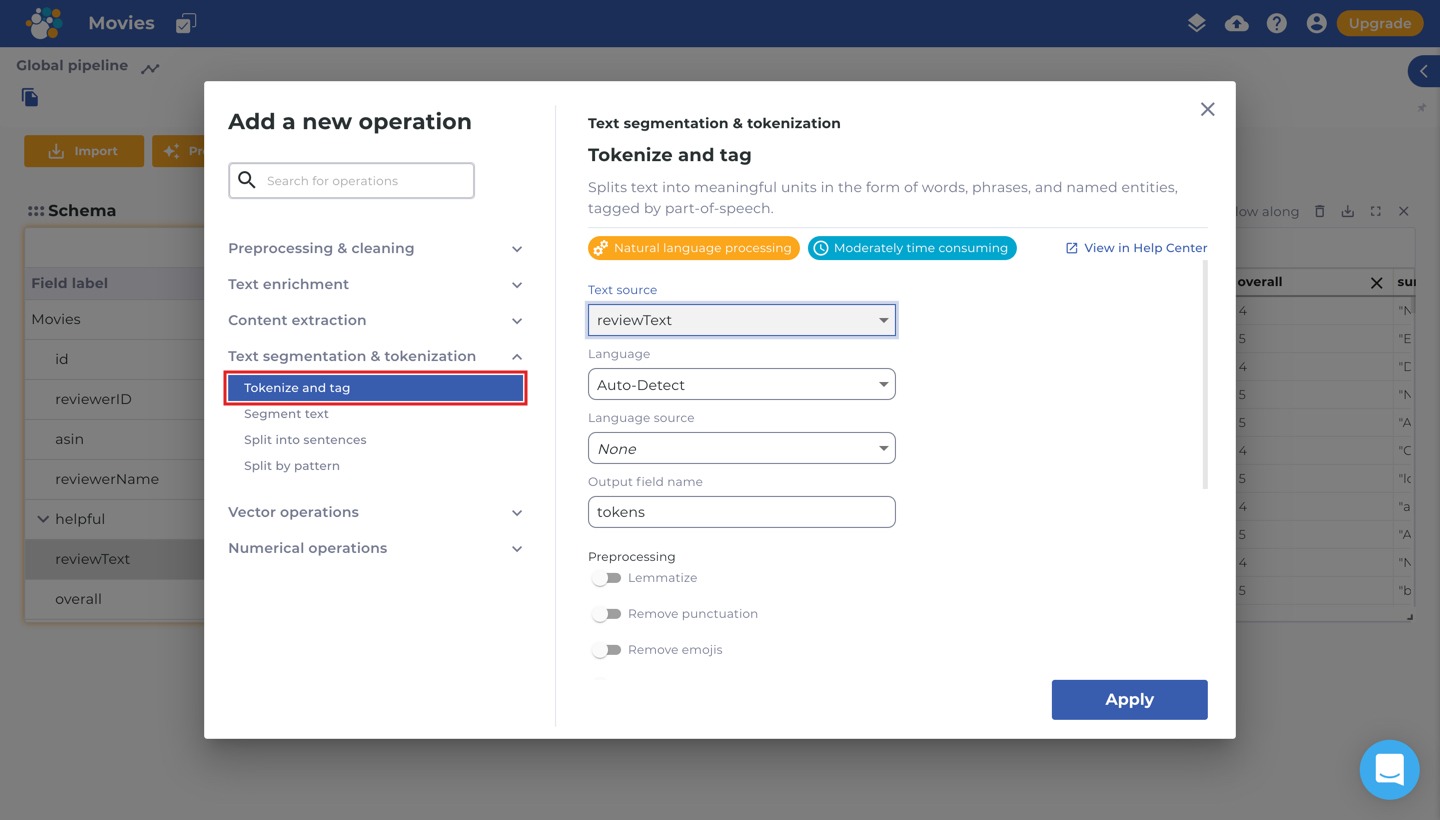 3. Set the parameters of the operation

The following parameters can be set: 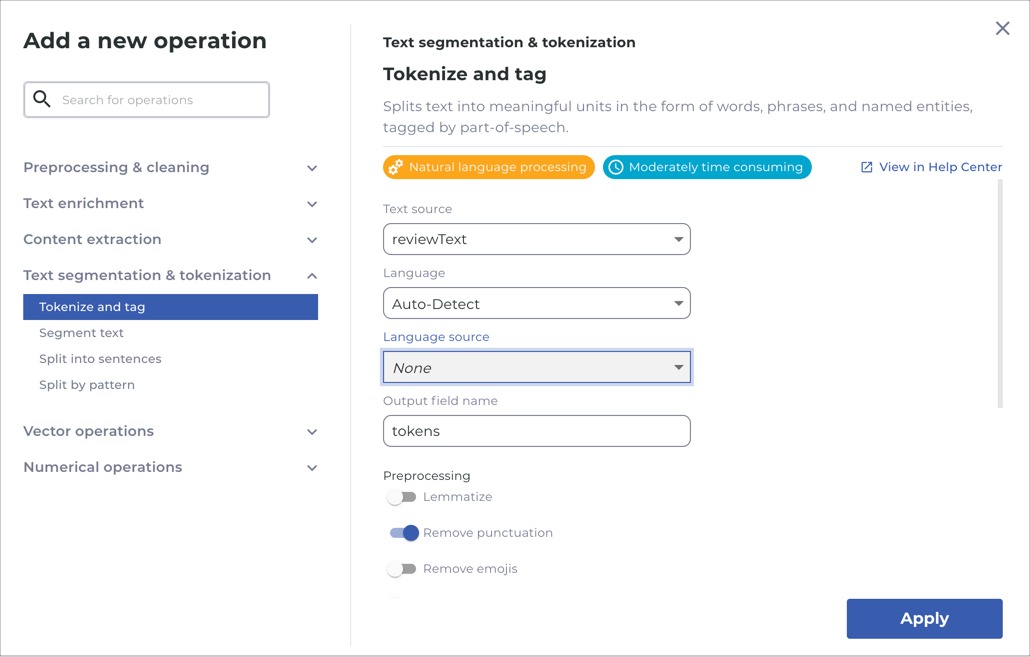 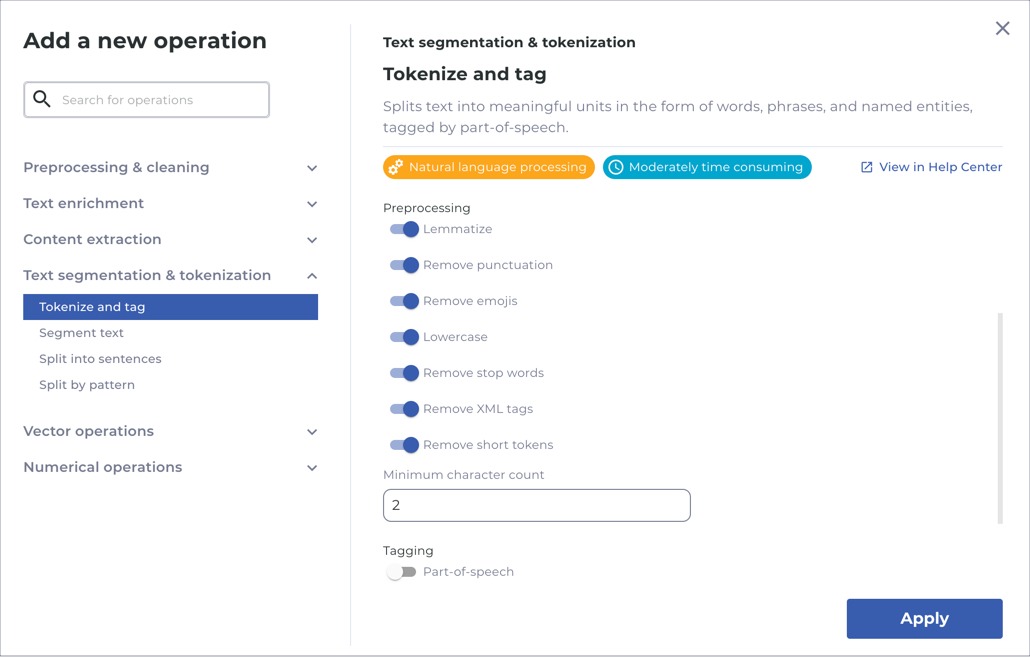 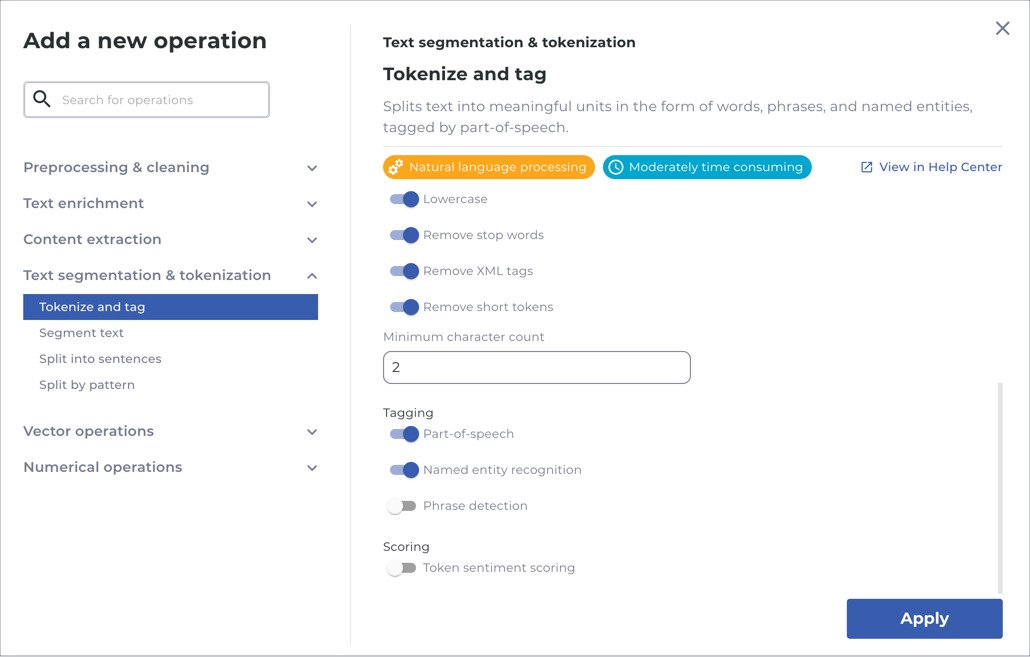 Click "Apply". A new tokens collection (named "tokens" by default) has now been generated and added to the schema. 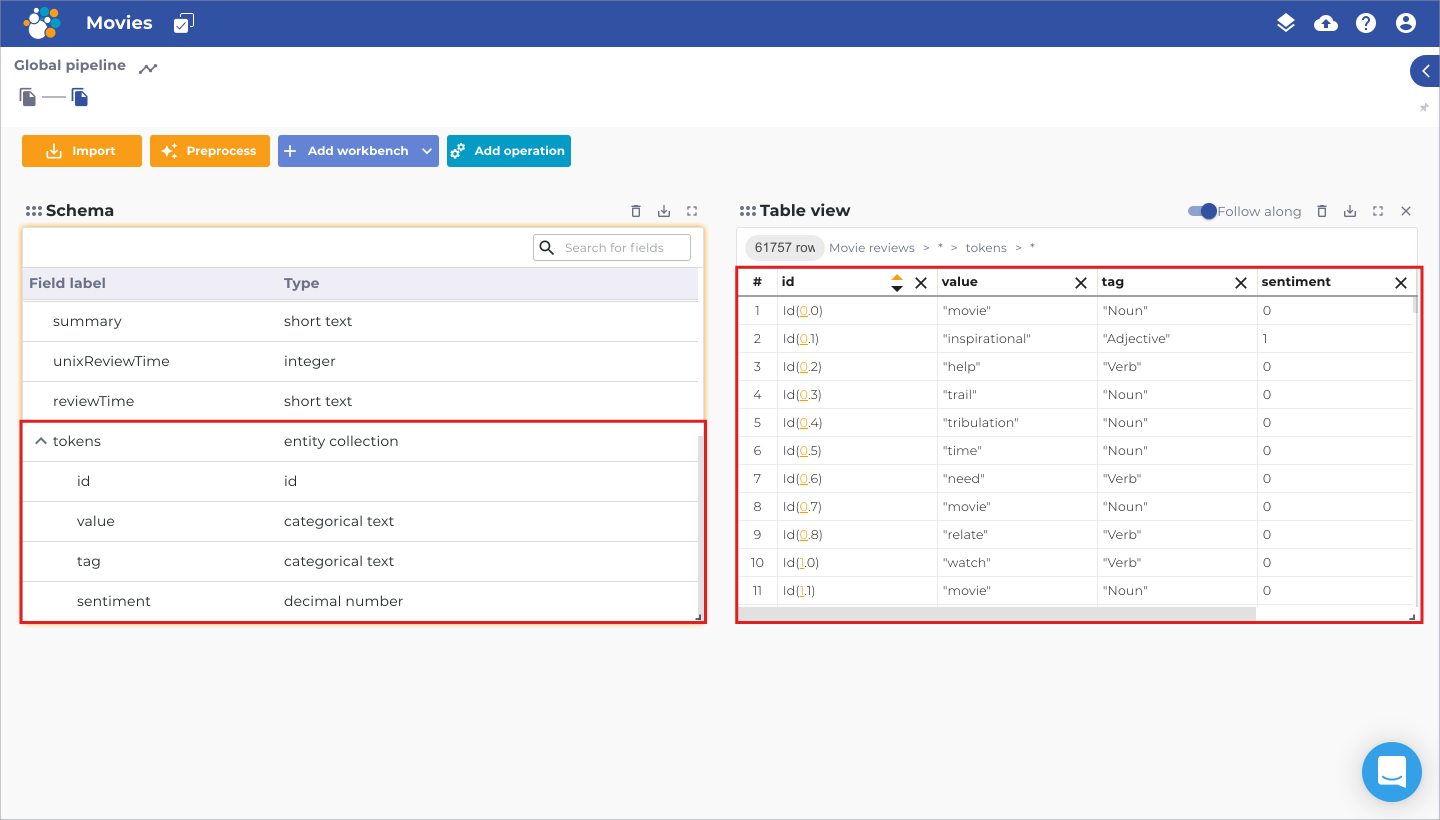 What do to next